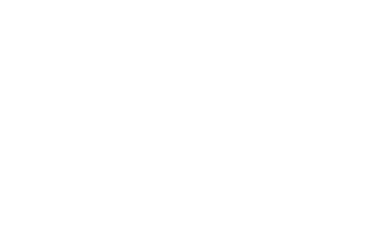 Spend your money on fun, not on ATM Fees. View our ATM Locator

By AMIE KNOWLES, Special to the Martinsville Bulletin

No matter how early or late a person starts preparing for retirement, there’s only one way to do it wrong — and that’s to not do it at all.

“The key to it is planning,” said Brandy Decker, a branch manager at Carter Bank and Trust Bassett. “Consider how much you want to save or how much you need to save.”

It’s easier, of course, if a person starts early. Assuming a high school student puts 10% of their $7.25 per hour gross minimum wage earnings back for a year on an average 20-hour work week, he or she stands to put more than $750 into a retirement plan after only 12 months. If the student never went to college, never learned a trade, never got a raise and never received a full-time promotion, planning for retirement from age 16 to age 62 could land the individual more than $34,600 in personal savings in only 46 years. If that same high school student were to put those  savings into an Individual Retirement Account, the sum could be even higher.

“The younger you start investing, the more money you’re going to earn with an IRA because the interest will compound,” Decker said.

Putting a little money back each month could make a big difference later in life. This year, the average monthly Social Security benefit rounds out at $1,461 per person, which is calculated by combining a person’s 35 highest-paid years in the workforce. For many, Social Security benefits alone aren’t enough to get by on a monthly basis. That’s why it’s important to start planning early.

For those who waited, it might not be as easy to create a nest egg in only a matter of years, but it is certainly still possible.

At 62, when U.S. citizens can start collecting Social Security payments, it might dawn on some people that retirement is just around the corner. That’s just as good a time as any to sit down and create a financial plan for the golden years. “As far as with IRAs, there are ways to make contributions yearly, and those amounts change,” Decker said. “With traditional IRAs, as long as you’re working, you can put $6,000 in an IRA. At 62, you could invest $7,000.”

With a traditional IRA, contributions can also be counted off as tax deductions.

A Roth IRA offers a little more flexibility. “With a Roth, you can contribute at any age,” Decker said. If a person puts his or her savings into a Roth IRA, taxes have been deducted before the money hits the account.

No matter when a person started saving or how much they’ve put back over the years, it’s important to take a realistic look at personal finances before turning in a resignation letter at work. There are several factors someone thinking about retirement should consider before making it official.

Someone experiencing a series of health issues may elect to stay at work for an extra year or two to keep their same insurance policy.

“The healthier you are, the less money you have to put out for your health,” Decker said. She suggested going for routine checkups not only to stay healthy but also to avoid major health shocks right before or right after retirement.

Please be advised that you are leaving Carter Bank & Trust’s website.